There must be something about how the moon, stars, and planets are misaligned once a year during the 14th day of February. It’s that time of the year where people think that they can dress a little crazier, a little more risqué, and a little more weird.

Well, it wasn’t exactly February 14; it was more like February 11, the night when the cast of Valentine’s Day attended the European premiere in London. The stars in attendance, who usually impress us with their red carpet frocks, shocked the begeezers out of me with their choice of threads that night. See for yourself.

END_OF_DOCUMENT_TOKEN_TO_BE_REPLACED 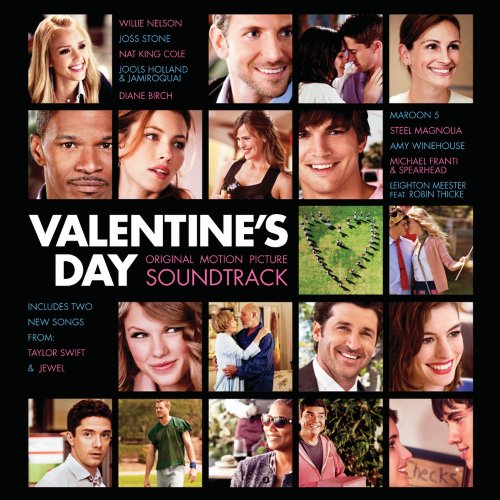 The album, which was released last Tuesday, features a variety of music from country to pop, with offerings from Jewel, Amy Winehouse, Maroon 5, Taylor Swift, Nat King Cole, and plenty more.

If you’re not convinced, try getting a whiff of all the tracks here, courtesy of People. You may not have a hot date on Valentine’s Day, but hey, at least you’ll have some cool tunes on your iPod. And while you’re at it, score some tickets to the movie. I hear it’s cute. Tell me which character reminds you of yourself.