Just about everyone glued to the TV has, at some point, tuned into NCIS for a dose of action and comic putts from its lead actors. The show has had a good following with its top billing on Mark Harmon leading an interesting bunch of characters that take on real time roles of military crime forensic investigators.

Mark Harmon sure has captured a good audience share of women who may have followed his career from way back in the early 80’s in the TV prime-time soap Flamingo Road where he played the role of Deputy Fielding Carlyle. The man was a hunky piece of sweet baby blues with a disarming smile that could just melt you into a ramekin steaming in a bain marie! In the show, he was married to one of America’s 50 most wicked women on primetime TV, Constance Weldon Carlyle played by Morgan Fairchild. Back in the day, this was drama about the rich and mundane. Over the years, Mark Harmon has been in several popular series such as St. Elsewhere and Chicago Hope. He has been married since 1987 to Pam Dawber who played opposite to Robin Williams in the popular late 70’s comedy series Mork and Mindy. END_OF_DOCUMENT_TOKEN_TO_BE_REPLACED

May 18th is the date that you’ll be able to get your hands on the last Glee soundtrack planned for Season 1. Along with Volumes 1 and 2, and the special Power of Madonna soundtrack, Volume 3 marks the fourth disc the freshman show has released, making Glee quite the cash cow for Fox.

Volume 3, entitled Showstoppers, will be released in two flavors: a basic, 14-song disc for $11.99, and a deluxe edition with 6 extra songs, for $14.99. Volume 3 features songs from the final episodes of the season, so one assumes that the performances featured in the show choir’s Regionals competition will be included. Here’s the full track list; songs marked with a * are exclusive to the deluxe edition. END_OF_DOCUMENT_TOKEN_TO_BE_REPLACED 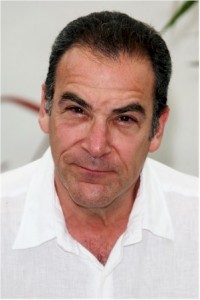 Mandy Patinkin of Criminal Minds renown (Gideon) has been missing from the small screen for some time now. News is that he is going to guest on Three Rivers this weekend, as an accident victim. I don’t watch this show but I just might, if only to see him! 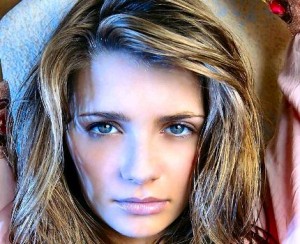 After only two episodes, Mischa Barton’s The Beautiful Life has been cancelled. The fashion drama series garnered only a little over a million viewers for its second – and last – episode. So much for a beautiful life on the small screen for Mischa.

If you liked what you saw in Glee, the musical series on TV, then you’d be happy to know that the show will have another 9 episodes added to the existing 13. The announcement came from Fox, which said that the first three episodes gained enough viewers to push on for one FULL season. Oh, glee!