The original celebrities of Star Trek have enjoyed a long and prosperous stint in the lime light, ever since the original run of Star Trek in the 1960’s. As the series spun off into its various segmented chapters, with The Next Generation, Deep Space 9, Voyager, and eventually enterprise tying it all together with the early beginnings of the Trek universe as known to the television watching crowd, it left some question as to what was in the future of the many casts that entertained the throngs of faithful science fiction enthusiasts for so very long.

Now with some of the original members having passed away and others reaching well into their golden years, new developments in the Star Trek universe may soon take the series in even more interesting directions. A few years ago, when the writers returned to revisit the original series with younger actors, it left many to wonder if the Star Trek universe was on its last leg. END_OF_DOCUMENT_TOKEN_TO_BE_REPLACED

There are Trekkies and there are Star Trek fans. Whichever group you belong to, I am going to bet my bottom dollar that you would want to be at the next Calgary Comic Expo in April. The event is not a stranger to people from Star Trek as the likes of Capt. Kirk, Spock, and Sulu themselves have personally participated in the expo. This year, however, things are going to be bigger. Much bigger.

It’s not that Capt. Kirk, Spock, and Sulu are not big in themselves, but how about seeing the entire principal cast of Star Trek: The Next Generation all in one go? END_OF_DOCUMENT_TOKEN_TO_BE_REPLACED 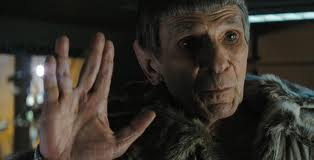