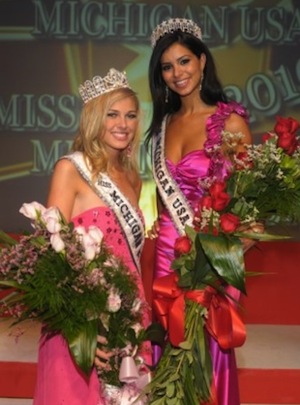 Miss USA 2010, Rima Fakih, has possibly set a precedent by being one of the first, if not the first, Arab-American to win the beauty pageant title. She’s also set another precedent that might lose her this coveted title.

Fakih says she knew she’d won the Miss USA 2010 title because host Donald Trump gave her a certain look. He obviously has no poker face. The Donald gave her a look she’s he has before uttering the famous “you’re hired” statement in his reality show The Apprentice. Or maybe it’s The Donald having constipation. Not sure.

Fakih is possibly the first Arab-American crowned Miss USA, but pageant records are unclear on that. The Donald went on to say that “she’s a great girl,” obviously not knowing that 24 year-old Fakih is also possibly the first Arab-American to be photographed pole dancing for a stripping contest, held by a Detroit radio station, MOJO, in 2007. I guess that kind of progressive attitude comes from the fact that the family apparently celebrates both the Muslim and Christian faiths? Ah yes, good old pole dancing, an honored tradition for all young American women. Or may be daddy didn’t know. Hoo boy. 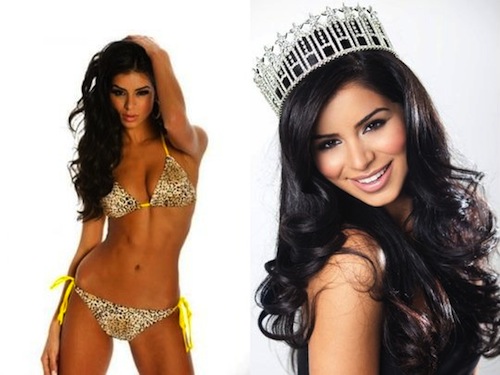 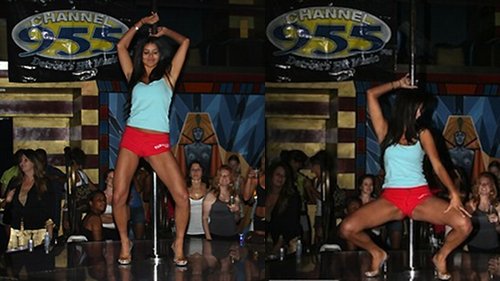