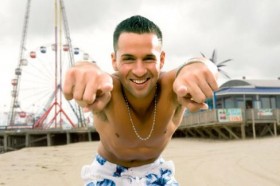 Mike “The Situation” Sorrentino of Jersey Shore fame doesn’t just want to stick to his day job of annoying America while constantly flashing his abs, he wants to release a full rap album, probably about going to the gym, tanning, and how hard it is to be a juiced up guido making $10k an episode for basically doing nothing.

Sorrentino spoke with PopEater and said that while he’s released one song about his abs and life, he’s currently in the studio to work on a few remixes which will be featured on an upcoming full album:

“I’m lyrically gifted, so to speak, and definitely not too bad on the mic at all.”

END_OF_DOCUMENT_TOKEN_TO_BE_REPLACED 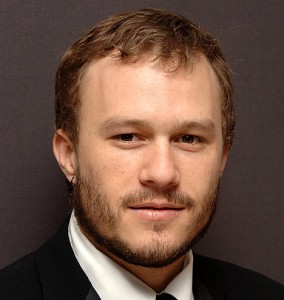 You can now watch Heath Ledger’s directorial work online. This music video was directed by the late actor, and features his childhood friend, rapper No Fixed Abode. Also known as N’fa, the rapper shares that Heath worked on the video in Sydney months before his untimely death.