TMZ has learned that Octomom made a fetish film in which she whips a grown man who happens to be wearing a baby diaper and a bonnet.

This isn’t a video that was shot 10 years ago and just surfaced, Suleman recently shot the video in her own home while dressed in a black corset and black leggings.

END_OF_DOCUMENT_TOKEN_TO_BE_REPLACED

There should be a rule, if you have your eggs stuff full of kids via in vitro fertilization (a very expensive process) then pump a total of 14 children out, you shouldn’t be able to ask for government assistance, but that’s what Octomom Nadya Suleman may soon be doing.

Suleman gave birth to Octuplets in January 2009, bringing her total haul to 14 children, kids she was raising on her own with the help of her begrudging mother. At first Suleman tried for a reality TV series, but RadarOnline.com has reported TV execs don’t want to touch her. Heck shhe even tried to work with the Game Show Network, another deal that fell apart.

Throw in the fact that she was already on food stamps when her kids were born and the fact that she’s now behind on her mortgage payments (reportedly) and it makes you wonder how she ever thought she could raise a bunch of children on her own.

END_OF_DOCUMENT_TOKEN_TO_BE_REPLACED

After months of reassuring the public that her life with her fourteen kids is A-Ok, Nadya “Octomom” Suleman finally came out clean on the Oprah show.

She admitted that she feels a “tremendous amount of guilt” for giving birth to eight babies last year on top of being an unemployed single mother of six.

As an only child, she felt the need to fill a missing void in her life by having children. Although she no longer relies on food stamps to feed her kids, making money by going on media appearances can only take her so far.

She even let the camera crew inside her house, and you can see that her life is not so peachy. 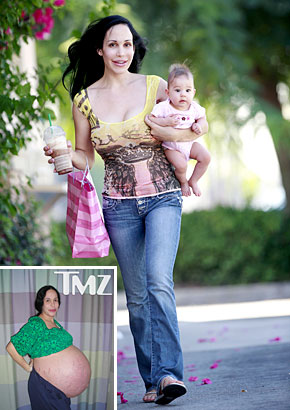 US Magazine tells us about how Nadya Suleyman lost her pregnancy weight – all whopping 145 pounds of it! No surgery, no nothing. I say she dropped 8 babies, she better lose all that weight!!!

Photo courtesy of US Magazine. 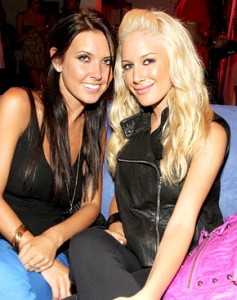