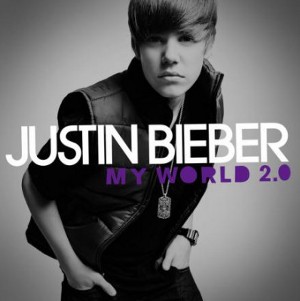 No surprise there. Only a week after it was released, Justin Bieber’s album My World 2.0 topped the Billboard 200 after selling 280,000 copies, making the 16 year-old the youngest solo male artist to reach No. 1.

The last time a youngster made it this big in Billboard was when a 13-year-old Stevie Wonder hit number one in 1963 with Little Stevie Wonder: The 12 Year Old Genius.

The Bieber fever is on an all-time high.