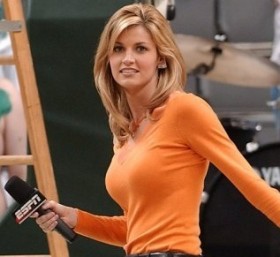 The case stems from a March video filmed by Chicago insurance salesman Michael Barrett who captured Andrews in the buff by filming her in a state of undress through her rooms peephole and then posting that video camera phone footage online. Barrett is serving 30 months in jail after being caught. END_OF_DOCUMENT_TOKEN_TO_BE_REPLACED