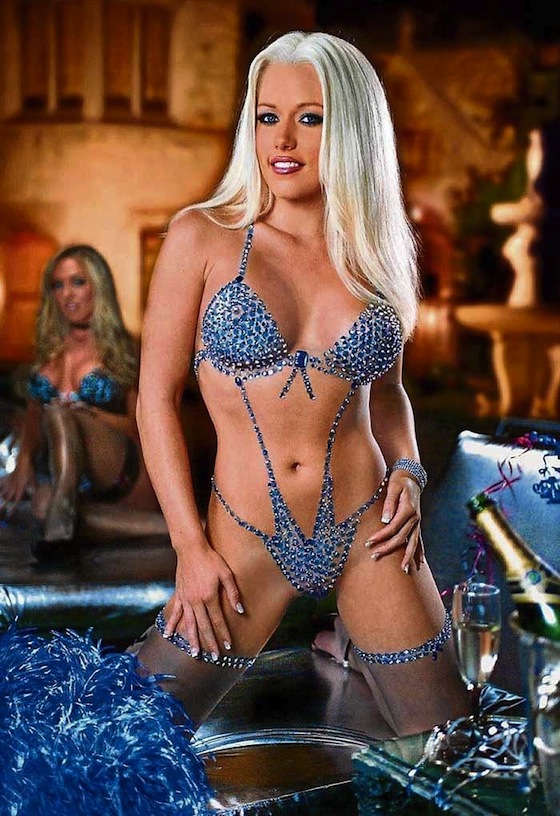 I hope she’s found her happy place now. Aspiring porn star starlet Kendra Wilkinson (above) just got the first of what is probably many paychecks for her first sex tape (the 2nd tape hasn’t been released yet). The payout is $680K, and she’s outselling Kim Kardashian’s sex tape in pre-sales alone, despite her cratered, rubbery-looking face. The actual fee deal is that she gets $100K plus 50%. No word yet about exactly how much her ex-boyfriend, Kevin Frye, who set up the deal gets but his percentage increases in steps based on sales. Apparently Frye has negotiated a deal for as many as 20 tapes based on home videos, and Radar Online says that he and his wife are planning to buy a house in Arizona from their cut. Wow what an opportunistic prick enterprising guy.

Dumbass Jesse James is now saying that he wanted to get caught cheating, and that it was just him trying to sabotage his life. Ok, sure.

Female fans may love them, but I’m guessing that the Jonas Brothers aren’t all that great as relationship partners. First was a recent report that Kevin and his wife Danielle Deleasa don’t even sleep in the same room, but that’s because he apparently snores like a freight train. (Gee, I thought trains chugged and wooo’d.) Now comes words that Joe — who used to date country star Taylor Swift and dumped her with a phone call — and Demi Lovato have split. Worse, apparently had his dad call Demi Lovato to break things off.

It’s been a hundred years in the making. Er, well, a hundred years in the waiting, then. Mark Twain’s autobiography was not to be published until 100 years after his death. Apparently he left around 5,000 unedited pages of memoirs and handwritten notes, which have been rotting in vault at UC Berkeley. The university, with Twain’s estate’s approval, will publish the first of three volumes in November. Um, does anyone still read books anymore? I can have this on my Apple iPad, please?