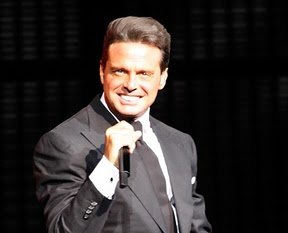 Headlines like “Luis Miguel Dead at 40” and “Luis Miguel Hospitalized For Cocaine Rehab” have been spreading across the web like wildfire over the past few hours, but the rumors aren’t true.

As far as Celebrific can tell, Luis Miguel is not dead. He’s alive and ‘may’ have been admitted to Cedar Sinai hospital in Los Angeles for minor complications after undergoing a plastic surgery procedure, according to a statement issued earlier the Luis Miguel Official website.

Nearly every weekend a celebrity death rumor surfaces online and the stories are so believable that sometimes even major news outlets pick them up, but they’re usually a hoax.

For those of you who don’t know, Luis Miguel is a 40 year old Mexican singer and performer who has been dubbed the Latin American Frank Sinatra.