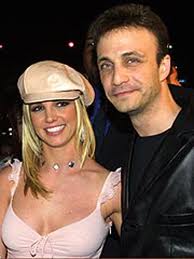 Lindsay Lohan is already showing that she can indeed make some very clever decisions after leaving rehab. The tabloid favorite has hired Larry Rudolph, the former manager of Britney Spears who is credited with turning around her career after a mental breakdown and messy divorce.

According to The New York Post a close source to Lohan said:

“She’s telling everyone she is more than ready for work and people should hire her and hire her now,”

Larry however wants her to take a step back:

“She’s on lockdown,” at his request the source said to the paper.