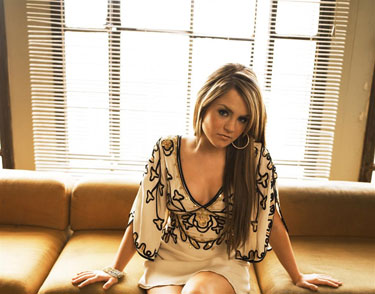 It’s about time! We Jojo fans have been worrying about the 19-year-old for a while. She hasn’t come up with anything huge since her second album The High Road in 2006 and her debut album Jojo in 2003. Her acting career hasn’t taken off either.

Last month she released a new song on her MySpace page. “Hey pals! Just posted a song called ‘Wait a Minute (For Your Love)’ I wrote with Jordan Gatsby a while ago that I wanted to share,” she wrote on her blog. “It’s just a record that I love, which probably won’t make the album (since this doesn’t at all fit the direction…LOL) but still represents a genre of music that inspires me.”

Her third album, All I Want Is Everything is due this year. “Still recording for the album,” she told her fans. “Slow and steady wins the race. I’m doing all that I can to get new material out ASAP.”

What do you think about her new track?