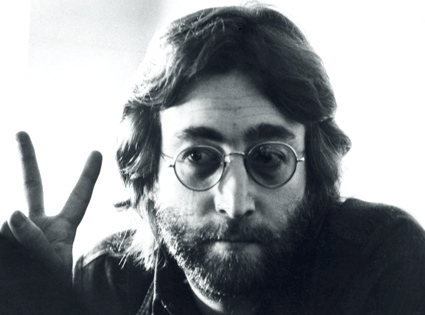 Unbelievable, just when I thought I had seen it all, a toilet that once resided at John Lennon’s home was sold this weekend for $14,740.

The toilet sold at a Liverpool, England auction and was originally removed from Lennon’s Berkshire home sometime in the late ’60s.

END_OF_DOCUMENT_TOKEN_TO_BE_REPLACED

Yoko Ono is once again fighting the parole attempt of Mark David Chapman, the man responsible for killing her husband John Lennon almost 30 years ago. Chapman shot and killed the Beatles legend outside of his Manhattan apartment building on December 8th, 1980.

This is the 6th parole hearing for Chapman who has been locked up in New York’s Attica State Prison since being found guilty of the murder. Chapman is set to meet with the parole board on August 9th.

Yoko Ono witnessed her husbands murder and her lawyer Peter Shukat say she has once again sent a letter opposing the killers release to the parole board.

In her 2000 letter to the parole board Ono had written:

“I am afraid it will bring back the nightmare, the chaos and confusion once again. Myself and John’s two sons would not feel safe for the rest of our lives.”

According to PopCrunch, Robert Gangi, head of the prisoners’ rights group, Correctional Association of America said his release is doubtful:

“Given that he commited a high profile crime and he killed one of the most famous and most beloved figures literally in the world, it’s highly unlikely three parole commissioners would vote to grant him release.”

I’m all for life in prison for murder, so here’s hoping to another 30 years behind bars for Chapman.

Lady Gaga has gotten under the skin of serious Beatles fans after she was photographed playing John Lennon’s piano in a top and underwear.

The photo, uploaded by Lennon’s son Sean was uploaded to his Twitter account on Friday and shows GaGa sitting at the singer’s Steinway and Sons grand piano.

Sean said of the photo:

“With gaga at mom’s house, she’s belting on the white piano…”