The “post” Michael Jackson era has begun and now the Jackson Estate or at least Joe Jackson can add a fragrance collection to their rapidly growing list of Posthumous products with the king of pops name attached to them.

Joe Jackson, father of Michael Jackson has teamed up with a french perfume company to release a Jackson scent line.

Jackson signed the deal with Julian Rouas Paris Company to create the collection which will debut in just a few short months.

“With Joe Jackson, we are 50-50 partners in world sales, television rights and advertising receipts. We did it very, very quickly. Usually it takes a year.”

END_OF_DOCUMENT_TOKEN_TO_BE_REPLACED 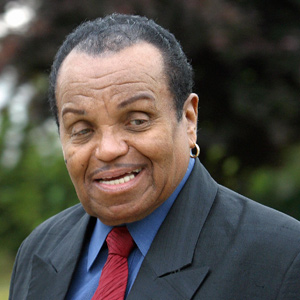 Michael Jackson’s dad, Joe, says that he needs an allowance from his late son’s estate. The reason is that he has expenses that go over $15,000 per month. The thing is that MJ’s will did not include his dad. For now, the court will hear the petition, but not on an expedited manner. I guess daddy has to wait.