Harry Potter And The Deathly Hallows 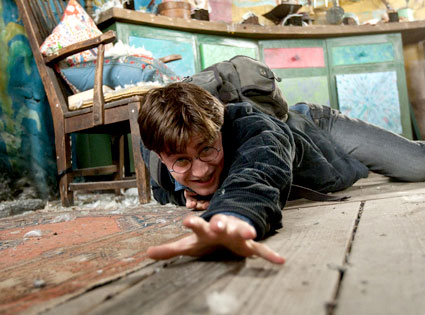 According to current numbers the Harry Potter flick took in $330.1 million worldwide since Friday’s midnight shows.

While the movies numbers were impressive, they did not include 3D ticket sales which were not made available for opening weekend, sales which could have added $20-$25 million in additional sales according to Eonline.

END_OF_DOCUMENT_TOKEN_TO_BE_REPLACED

The trailer features a lead up to the biggest battle of Harry, Ron and Hermione’s lives as they prepare to battle Lord Voldemort and his ban of death eaters.

END_OF_DOCUMENT_TOKEN_TO_BE_REPLACED

Harry Potter and the Deathly Hallows – Part 1 is going to debut on November 19th and now the first full length trailer for the movie has officially debuted.