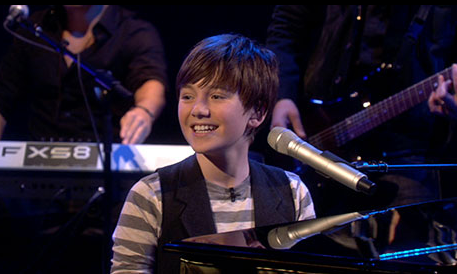 Ellen Degeneres had Greyson Chance on her show again today, this time to debut the first single from his new album. The song is titled Waiting Outside The Lines.

Several months ago Ellen announced that she was launching her own record label ElevenEleven Records after being inspired by Greyson’s cover of Lady Gaga’s hit song poker face.

Here’s the Waiting Outside The Lines premiere: