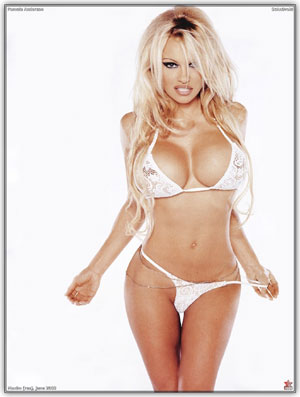 Pamela Anderson has agreed to perform in four live strip shows on February 13 and 14 in Paris’ Crazy Horse nightclub. The club spokesperson said that “It’s going to be sexy, beautiful, creative.” The band Harley Davidson will be playing the music — but our guess is nobody’s going to be paying much attention to them. Pam Anderson could strip to Twinkle Twinkle Little Star and people would still pay to watch.