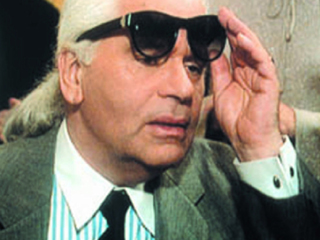 Are you fussing over what makeup to wear for your hot Valentine’s date on Sunday? Take your cue from Chanel. They threw a special dinner to launch their new lipstick Rouge Coco de Chanel at The Mark Hotel in New York last Tuesday. See what shades of lipstick the stars are showcasing.

END_OF_DOCUMENT_TOKEN_TO_BE_REPLACED

Johnny Depp’s other half is working on another project with Chanel. French singer and actress Vanessa Paradis is the face behind Chanel’s new Rouge Coco lipstick campaign.

According to InStyle, the Rouge Coco collection of 30 lipsticks will be available in March. “Vanessa has been very linked to the house over the years, and she represents a young, sophisticated woman who we also believe will be the consumer for Rouge Coco,” said Andrea D’Avack, president of Chanel Fragrance & Beauté.

As we excitedly wait for the TV and print ads to come out, check out the behind-the-scenes photos here. Who would believe she’s already 37 years old?