Michael Madsen, one of the stars of Quentin Tarantino’s Kill Bill movie series owes approximately $570,000 in child and spousal support, enough for an arrest warrant to be issued against the actor.

In court documents discovered last week it was revealed that the judge overlooking his family case found him in contempt of court and issued an immediate warrant for the actors arrest.

When arrested Madsen can expect to pay a bail that has already risen to $26,000.

END_OF_DOCUMENT_TOKEN_TO_BE_REPLACED

It’s official, the train wreck known as Sandra Bullock and Jessie James has come to an end. Last week the pair placed their signatures on the final divorce paperwork to officially end their marriage.

The sealed documents were delivered to the Clerk’s Office in Travis  County, Texas.

The power couple filed for divorce in April after Jessie James’ various mistresses came to light, including the Nazi loving Michelle “Bombshell” McGee.

END_OF_DOCUMENT_TOKEN_TO_BE_REPLACED 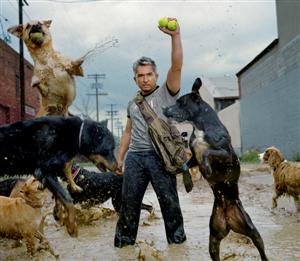 Cesar Millan, best known for his show “Dog Whisper” and his wife of 16 years are calling it quits.