Gossip Girl’s Blake Lively may soon be taking on the role of Carrie Bradshaw in a prequel to the popular TV series Sex and the City.

New Line Cinema execs are rumored to be in talks with the shows creator Candace Bushnell about adapting her prequel The Carrie Diaries for the big screen, a series that focuses on Carrie’s teenage years in the early 1980s.

If the prequel moves forward it could spawn other movies if successful, for example Candace just finished writing Summer And The City which follows Carrie as she movies to New York City at the ripe young age of 19.

END_OF_DOCUMENT_TOKEN_TO_BE_REPLACED 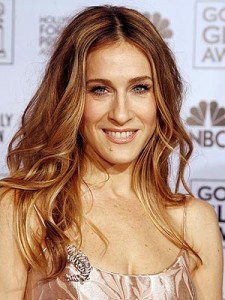 Sarah Jessica Parker’s Sex and the City character, Carrie Bradshaw has done it again. She was recently sighted wearing a necklace worth $198,200! The actress wore this necklace during her photo shoot for the latest issue of US Weekly, and does it look good. But $200,000? That’s more than an average house is worth these days!