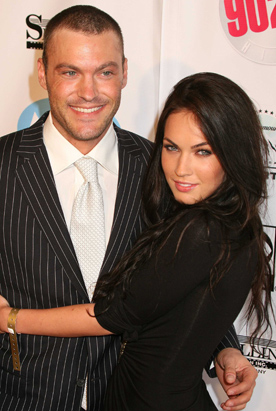 Sorry Guys, Megan Fox is no longer on the market. According to Us Magazine the 24-year-old actress has married her long time 36-year-old boyfriend/fiance Brian Austin Green, formerly of Beverly Hills 90210.

The wedding took place on June 24th according to Green’s rep and his 8 year old son Kassius attended the ceremony.

The couple started dating back in 2004 and had a short break up for several months in February 2009 after two years of being engaged.