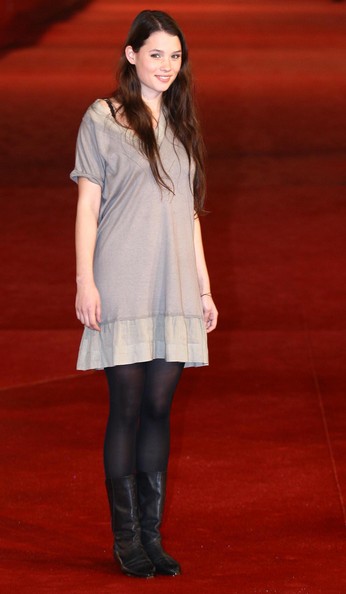 She’s 23; she’s French; and this is going to be her first American movie. Astrid Berges-Frisbey was cast by Disney to play Syrena in Pirates of the Caribbean: On Stranger Tides. Her character is a beautiful young mermaid who is the love interest of Captain Jack Sparrow, played by Johnny Depp.

A popular young actress in France, Astrid has appeared in a number of French TV and film titles, including Divine Émilie, Un Barrage Contre Le Pacifique, and La Première Ètoile.

Pirates of the Caribbean 4 will begin filming in June in three major locations—Hawaii, Great Britain and Los Angeles. It’s set to open in theaters on May 20, 2011.

I believe Astrid will make an easy transition to Hollywood A-lister, in the same way Mia Wasikowska made her rounds after getting the lead role in Alice in Wonderland.