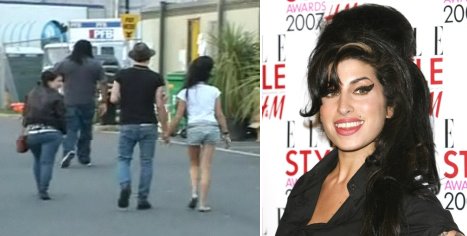 I suppose birds of a feather certainly do flock together, because the troubled Winehouse couple can’t seen to stop themselves from getting in trouble. With troubled wife Amy in hospital, hubby Blake Fielder-Civil is back in incarceration, for assault and attempting to pervert the course of justice. Of course, he also failed his drug test.

When will these people ever grow up???