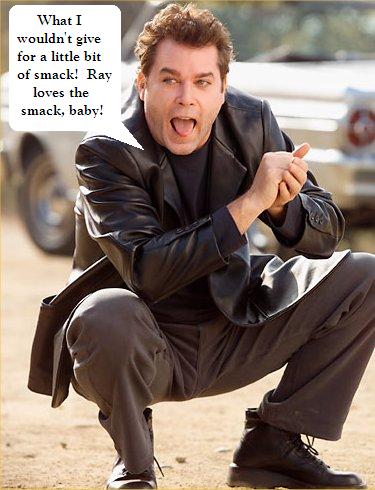 An L.A. spokesman has confirmed the arrest & that afterÂ being booked on aÂ misdemeanor charge Liotta was released ona $15,000 bond.

Gossip giant TMZ is reporting that Liotta was cuffed when he was arrested but may have been taken in due to having something a little more heavy than alcohol in his system.Â  A court hearing has been scheduled for March 19.Â

Liotta recently won an Emmy for a guest appearance on “ER” & will soon hit the movie screens in Disney’s Wild Hogs.Â  Maybe Ray just forgot that he wasn’t in a movie scene & that you can’t actually run into (parked) cars when you’re off duty.Â  Silly ole Ray.