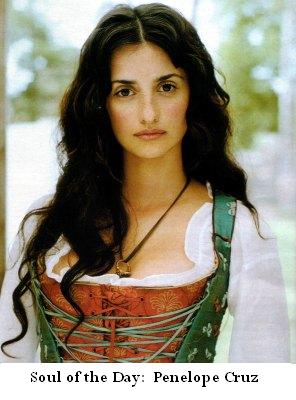 It looks like beauty & actressÂ Penelope Cruz has a soul, so I’m left wondering why she dated Scientologist Tom Cruise.Â  WhatEv.

The better Cruz hasÂ slammed teen magazines for promoting unhealthy role models for young girls.Â  She says the publications have a “horrific” influence on teenagers & would close them down if she could.

Cruz states, “I would close down all those teenage magazines that encourage young girls to diet. Who says that to be pretty you have to be thin?

“Some people look better thin and some people don’t. For example, I look better when I have three more kilos on me than I do now. The influence of those magazines on girls as young as 13 is horrific. At 13, you are still a child.”