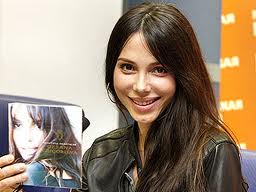 Oksana Grigorieva was suppose to give an exclusive interview with Oprah Winfrey however that interview has been canned.

The talk was suppose to surround the troubled relationship Oksana had with Mel Gibson in the past, including alleged abused that occurred by his hand.

As you may recall, Grigorieva has accused Mel of punching her in the face, causing her to lose teeth, while Mel has accused Oksana of attempting to extort money from him through the taping of their phone conversations. The controversy has led to criminal investigations against both Gibson and Grigorieva.

As we reported the other day, Oksana turned down multi-million dollar offers from NBC’s Dateline and CBS’ 60 Minutes so she could give her interview to Oprah for free.