.
You are here: Home / Celebrities / Miley Cyrus and Liam Hemsworth Not Attending UK Movie Premiere Due To Volcanic Ash 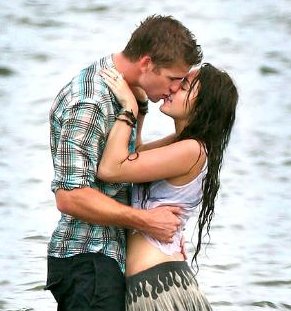 Miley Cyrus and Liam Hemsworth have been forced to cancel their appearance at the UK premiere of their new movie The Last Song due to airport closures caused by the volcanic ash cloud covering much of Northern Europe and the UK.

No planes are being allowed in or out of the U.K., and the chaos has left Cyrus unable to fly over from America for the screening of her movie, which was due to take place in London on Tuesday evening (20Apr10).

With Miley Cyrus and her co-star/boyfriend Liam Hemsworth both unable to get to the UK, event organizers are unsure if the screening of The Last Song will take place on Tuesday, or if it will be postponed until it is possible for the stars to attend.