.
You are here: Home / Celebrities / Lindsay Lohan is a Bad Liar 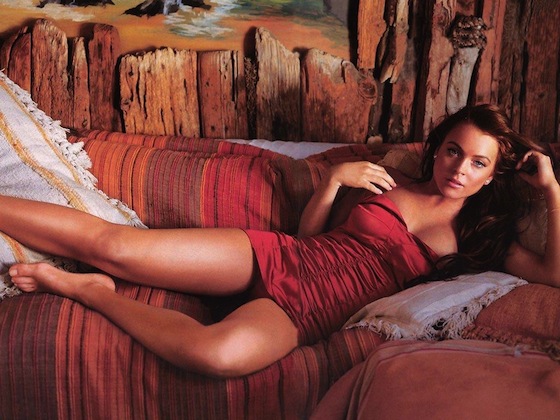 Ooops. So despite declarations otherwise from both Lindsay Lohan and her lawyer, no proof of her plane ticket and boarding pass for May 19th was produced in court. If these had been presented, they would validate Lindsay’s claim that she was planning to return to the U.S. in time for her court hearing. Double ooops. Lindsay in court yesterday said she didn’t want to wear the SCRAM bracelet that the judge ordered because of a film shoot in Texas (for Machete). Apparently the Texas shots for Machete don’t involve Lindsay. The Inferno flick she’s supposed to play Linda Lovelace in doesn’t shoot until August and isn’t in Texas. Girl, if you’re going to lie, get better at it.

While Inferno’s production exec defended the purpose of Lindsay’s trip to Cannes as being for sales, ex-boyfriend Aaron Carter told OK! Magazine that she deserves whats he’s getting:

I dated her when I was 12, 13 years old. [Lindsay now is] not the Lindsay I know. I see somebody who is washed out, puffy. That’s not who I know.

I would go get her dad. Michael Lohan is a very good man. He was thrown under the bus very bad by that family. It takes a man to keep a family strong sometimes. I would go and find her dad. I wouldn’t even care about finding her mother.

Aaron might be right about Lindsay not being the once sweet-seeming girl she once was, but hey, people do change from 13 years of age to 23 years. He also commented, “They are going to make an example of you now, Lindsay, and you deserve it,” in reference to her court case. Though she really got off easy despite all the lies. Someone needs to teach Lindsay how to lie better, since she seems to be making a career of it. A Logic class might be the first place to start.