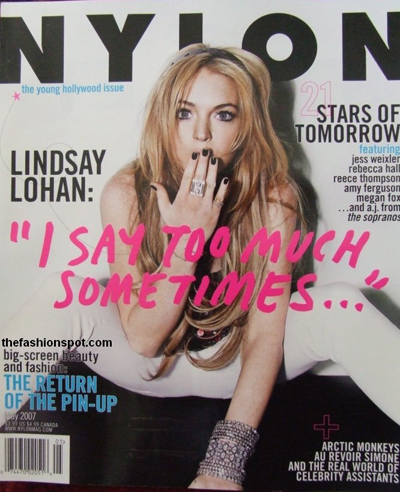 I’m thinking thatÂ teen queen Lindsay Lohan just isn’t a big enough star to start backing out of movies,Â but it looks like LL has other ideas about that one.

According to Lohan’s rep, theÂ “actress” has dropped out of the Keira KnightleyÂ film The Best Times of OurÂ Lives, which actually looked rather cute.Â  Lindsay supposedly walked away from the project afterÂ her people & the producers of the movie were unable to sign an agreeable contract.Â

So, it looks to me like the teen queen was probably demanding a little too much for the film’s producers.Â  LL is just getting a little too big for her britches these days, don’t you agree?

Enjoy this advance photo of Lindsay gracing the upcoming cover of Nylon magazine.