.
You are here: Home / Glossy Covers / Jessica Alba’s Father a Playboy Himself 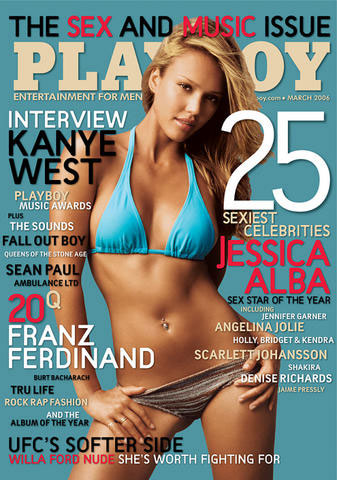 TheÂ fray over Jessica Alba’s Playboy cover continues; Susan Storm herself is battling the Playboy tides.Â  Playboy’s Sex and Music Issue that hit stands this month features a bikini-ed Alba on the front cover, despite pleas to keep her out of the men’s magazine.Â

Alba threatened legal action after Playboy bosses put her on the cover & claiming they implied she was naked inside.Â  The born again Christian insists the powers-that-be ignored her pleas not to appear in the issue.Â

That mark is for your other business, eh?Â  OK, when you can type your name, this case being ‘Jessica Alba’,Â into the Google image search and come back with close to 10 nearly naked photos, I don’t think you’re allowed to complain when Playboy puts you on the cover in a bikini.Â 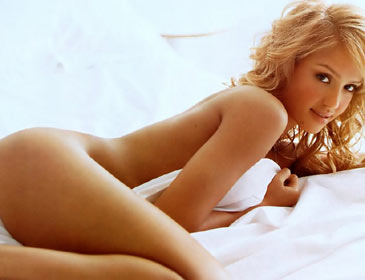 Immediately following the release of the March issue Alba states, “Then I got a call from my father”.Â  Who said, “Damn, girl! You’re lookin’Â hot and I was half of that damn equation.Â  That must make me half-hot.Â Wait until I show the guys at Wednesday night poker!”