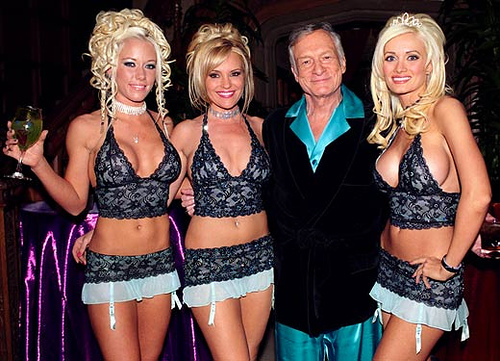 Leave it to old man Hugh Hefner to continuously be in the news evenÂ when he’s 78-years-old.Â  An ex-Playboy Playmate has made news recently with a self-published book that chronicles the goings-on insideÂ the Playboy mansion, andÂ it’s a little scarey.Â  Apparently, itÂ doesn’t matter how hot you are to get into Playboy, it only matters thatÂ you take the pleasureÂ ride withÂ a 78-year-old Viagra-powered coaster.

Gag-a-maggot!Â  And to think that we all thought it was playing chess & discussing politics at the Playboy mansion….