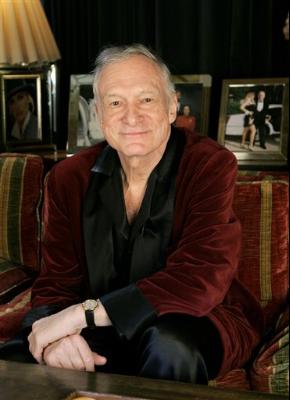 Playboy’s playboy Hugh Hefner has laughed off rumorsÂ that he suffered a mild strokeÂ over the weekend, insisting that he’s as healthy as ever & inferring that the man has taken more than a few sips from the fountain of youth.

The 80-year-old Hefner was reported to have been recovering from a mini-stroke, but his repÂ Rob Hilburger says Hugh is doing just fine.

Hefner says, “We had a lingerie party Saturday night and I went up a little early because (girlfriend) Holly (Madison) had a cold.

“I am in very good health. I’ve never felt better.”

The man is still going to be kicking around & kissing 20-year-old women when he’s 100.Â