Well, it looks like Donald Trump can still get it up, on paper that is, without help.Â  After the throw down between The View’s Rosie O’Donnell & Barbara Walters Monday & the subsequent leaking of the event to the papers, good ole Trump has a few things to say.

In this letter faxed to Rosie from Donald’s office, Trump reveals to O’Donnell that Barb really isn’t on her side.Â  Take a look, it’s more than worth it! 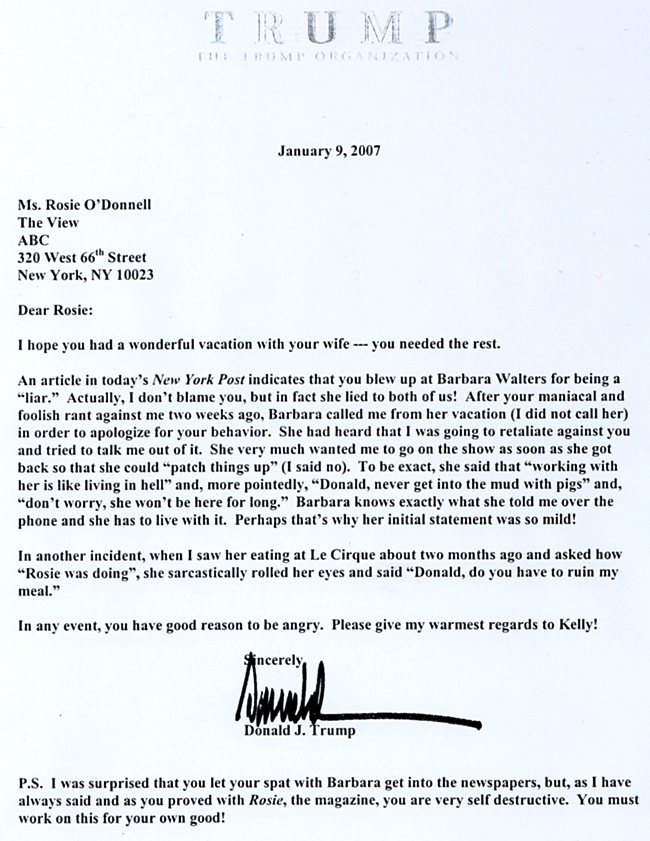 I wonder, doesn’t Trump know that Rosie’s wife’s name is Kelli?Â  Oops.Â  I guess your career as a R & D genius are over, Donnie boy.

So, you tell me- What do you make of Donald Trump’s letter to Rosie O’Donnell?