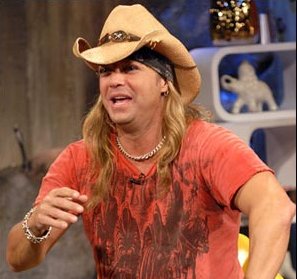 Bret Michaels has released a statement on his blog while he recovers from surgery after being rushed to hospital April 11 with acute appendicitis.

Bret Michaels says “I could have died”

“After a CAT scan, they determined it was acute appendicitis and they performed emergency surgery right there in the middle of the night. After the fact, they told me that if I had gone onstage like I wanted to, it likely would have ruptured and I could have died.”

Michaels is currently recovering in hospital but doctors say that the usual recovery time of four to six weeks may be complicated by the fact that he is also a diabetic.