Angelina Jolie and Brad Pitt’s adorable twins Knox and Vivienne are now 4 years old! The awesome twosome are the youngest siblings in the Pitt-Jolie clan. 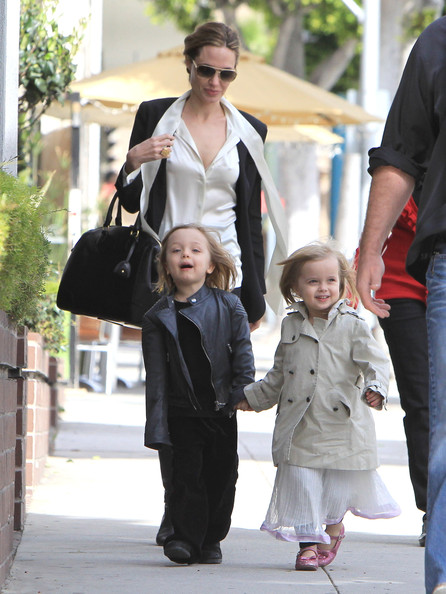 The jet set twins were born 4 years ago on July 12, 2008 in Nice, France via Cesarean section. At the time, the rights for the first baby pics of Knox and Vivienne were sold for a whopping $14 million—the most expensive set of celebrity baby pictures ever.

In an interview with Marie Claire magazine, Angelina Jolie described Vivienne as a “girlie girl” who “likes to get her nails done and [collect] stuffed animals.”

Knox, however is very much the little boy who “loves dinosaurs and swords.”