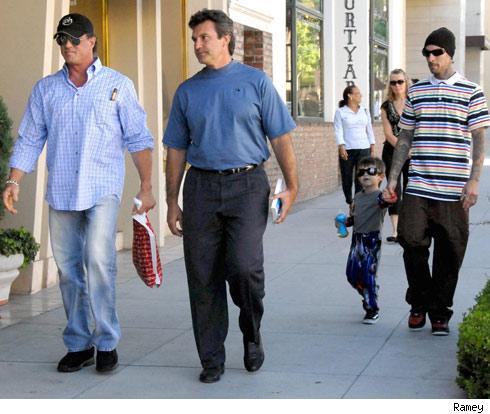 I couldn’t help but find it adorable that a pap was able to catch Sylvester Stallone shopping, with rocker Travis Barker & his son Landon in the background.

On Saturday the celebs were out in full force with Sly stopping off for some hand-dipped chocolates while Barker & son strode thru La Scala & Gucci!

You know, I’m thinking they should team up together, wouldn’t that be just too cute?

Us Weekly:Â  Mariah Carey is no real estate guru

PopSugar:Â  Angelina Jolie & Brad Pitt take the kids out on a helicopter ride.Â  Ahh, to be a Jolie-Pitt….

TMZ:Â  Uh oh, folks want Britney Spears to get the heck out of Malibu!

HollyScoop:Â  Mary-Kate Olsen gets naughty in Paris & we like it!

HollywoodTuna:Â  Megan Fox kicks it in some hot ass jeans, for your viewing pleasure 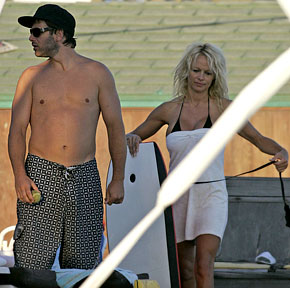 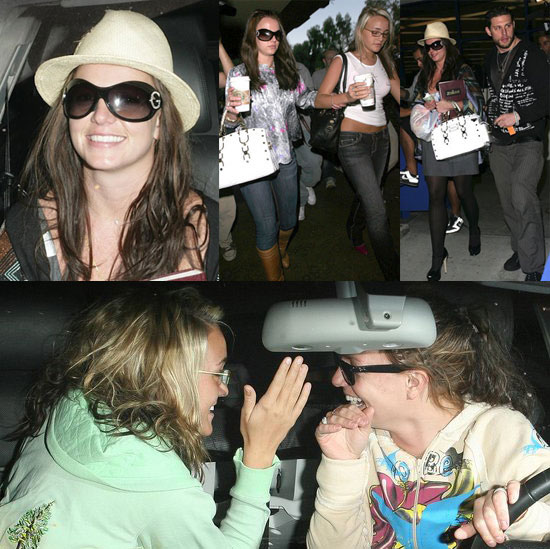 After weeks & weeks of nothing but bad news & bad press, it looks like Britney Spears’ family may finally be coming to the rescue of the hot singer.

Brit’s sis & mom have made it out to California to see if they can stop the downward spiral that is Britney Spears.Â  I’ve got all my fingers crossed, which is making typing a bit of a strain, that Spears’ fam can save the girl we all know & love before it’s too late!Â  Go fam go! 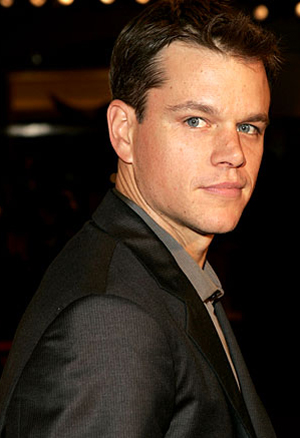 Well, it isn’t a happy day without a fantabulous pic of none other than Hollywood hottie Matt Damon, who is celebrating his 37th birthday today.

I wonder what wife Luciana has in store for the birthday boy.Â  I’m hoping for lots of naughty spankings…

Can I just say that I hope we can all look as preserved as good ole Matt when we hit the 37 mark!