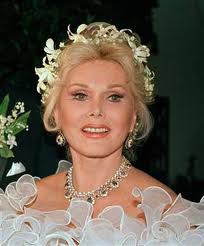 Famed actress Zsa Zsa Gabor has been released from the hospital. Gabor was first admitted in July 2010 after she was found in an unresponsive state in her home, this is her third trip to the hospital since her hip replacement at that time.

According to Prince Frederic von Anhalt, Gabor’s husband, Gabor is resting at home after an overnight stay at the UCLA Medical Center. Apparently Anhalt called for help when she was found unresponsive, telling TMZ “I just called an ambulance. She has to go back to UCLA.”

Gabor, 93, underwent surgery to remove blood clots in August, a situation bad enough that a priest had read the last rites to her.