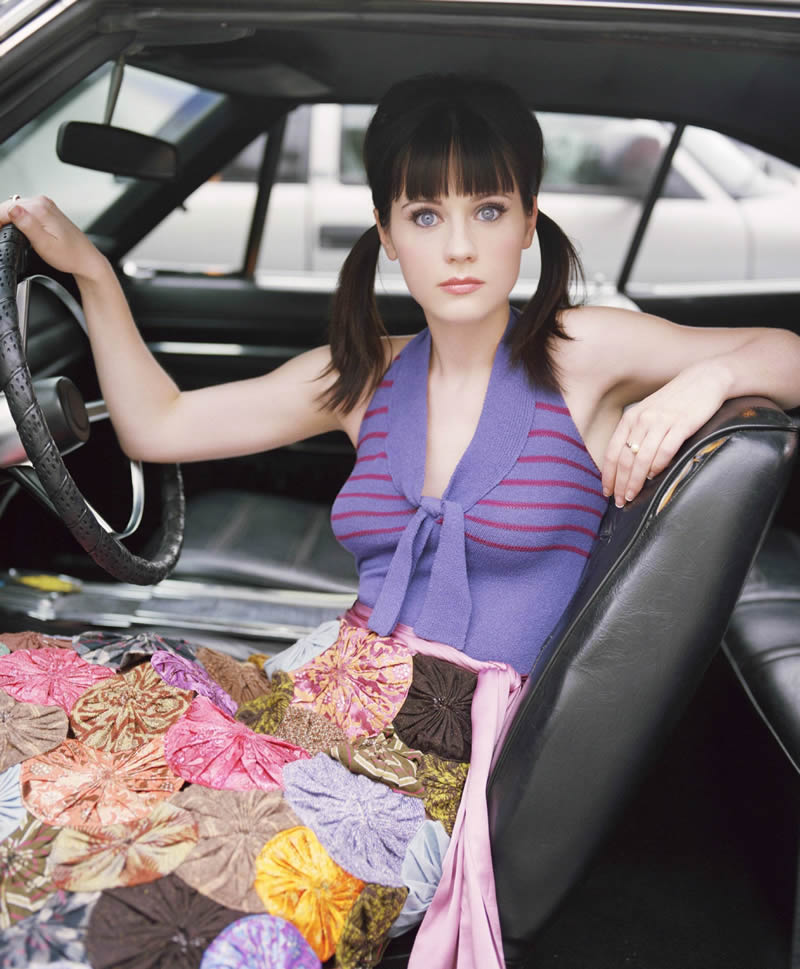 Sometimes you look at someone and you just get a weird feeling that they aren’t human. Something doesn’t seem quite right about them and Zooey is a strong case for such a thing. You look at her and you don’t find any flaws and then those big blue eyes shine out at you and you realize something. She isn’t human or alien, she is a cyborg sent here to destroy the planet.

Think about it. If she was cast as a futuristic cyborg sent to destroy mankind you would totally believe it. Arnold wasn’t believable because if you are going to create a cyborg why would you make him look like Arnold? Zooey however makes sense. You can envision scientists spending months just perfecting those eyes while the rest of her body, although great, would take a week. I think that is the true test of the capabilities of cyborgs, look at their eyes. If they seem too good to be true then you stand no chance of resisting and it would be wise to give up immediately as I have done.

I’m not saying you should be a coward, if you wish to go out in a big ball of flame then go for it. More power to you and may your legacy live on forever, but me? I’ll slave it up for Zooey and have no remorse about it at all. I’m saving mankind by saving my own ass. That is how I roll.