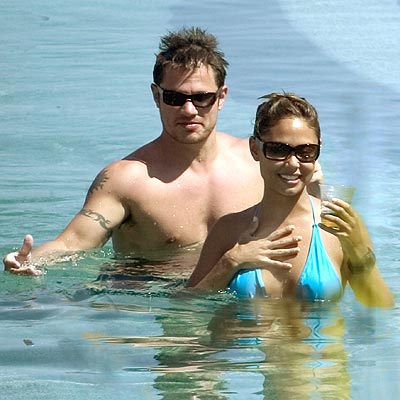 After several months & moreÂ months of speculation, it looks like Vanessa MinnilloÂ has finally sunk those claws deepÂ enoughÂ into beau Nick Lachey’s arms that they’re moving in together.

The couple, who haveÂ been datingÂ more than a year now, have purchased a two bedroom condo at the prestigious Atelier towers in ManhattanÂ on West 42nd Street.Â  Congrats to the happy couple, hope the happiness lasts after the shack-up.

Guess how much the pair paid for the luxury condo?Â  Try $2 million.Â  Just pennies, eh?Â  So, wonder how long these two are going to last….