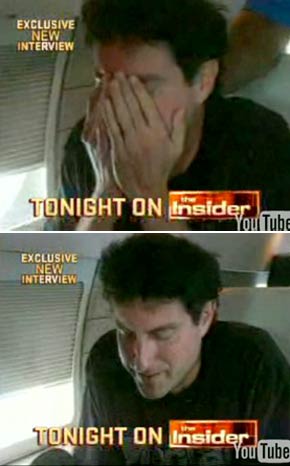 Thanks to Us Weekly,Â I haveÂ the scoop on Howard K. Stern’s “The Insider” interview.

On February 10, Howard K. Stern, Anna Nicole Smith’s partner,Â former attorneyÂ & one of the many possible fathers of her child Dannielynn Hope, was interviewed by “The Insider”.Â  SternÂ discussed Anna Nicole’s unexpected death, then broke down in apparent tears of turmoil.

The question I have is this, do we believe Howard K. Stern’s grief is genuine?

According to Jo-Ellan Dimitrius, a jury expert, she’s no buying the act.Â  Dimitrius reveals, “His face looks sad, but he’s avoiding eye contact.Â  The crying sounds fake. His eyes aren’t even wet. It’s an act.”

What do you think, are Stern’s tears fake?Â  Is Howard K. pretending to be stricken with grief after the death of Anna Nicole Smith.Â  You tell me.