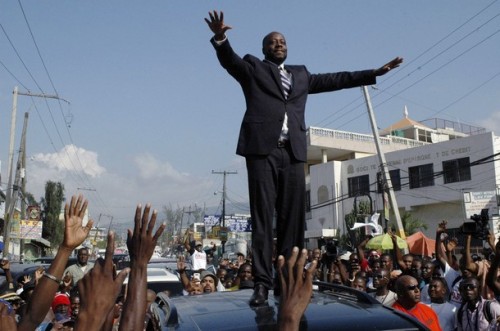 Wyclef would not say who was behind the threats and other people around the country are chiming in. One person to lend her voice was the nation’s Miss Universe pageant nominee who told CNN:

“We have been getting threats since last night telling me if I know what’s good for me, I would get out [of] the country.”

“Wyclef has been repeatedly getting anonymous threats from people who are saying that he should think twice before running for the president,” adding “We cannot tell who are sending these threats, but the closer the announcement, the more threats Jean is getting.”

Wyclef should hear shortly from electoral officials as to whether or not he is eligible to run, now it’s all a waiting game.