.
You are here: Home / Celebrities / Will Michael Jackson’s Body Be Exhumed? 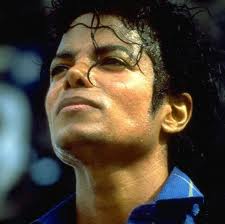 With the upcoming involuntary manslaughter trial of Dr. Conrad Murray set to start in January, there’s the possibility that Michael Jackson’s body may be exhumed.

British tabloid News of the World says tipsters have told them that Murray’s lawyers want to challenge the original autopsy and that they will have to exhume the body to perform another autopsy if they are to prove any new findings.

“If the tests don’t concur with the coroner’s findings, they have the start of a strong defence. The logical next step would be to exhume the body to make new tests.”

Several frozen samples from the King Of Pops body are already available for re-testing, however further testing may be requested by Murray’s defense team which would require the body to be removed from it’s final resting place.

A friend of the Jackson family spoke about their reaction:

“This is a horrifying situation the family have been dreading. They laid Michael to rest and for him to return is just sick.”

It’s a twisted new set of circumstances in the strange life and death of Michael Jackson.