.
You are here: Home / What's In the Theatre / What’s Coming Out & What You Should See This Weekend 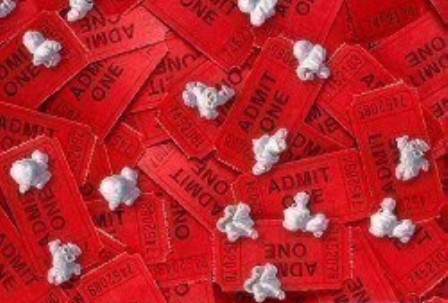 This weekend make celebrities and the film industry happy and get out there and see a movie.Â  Notice I didn’t say a good movie.

The pickings this weekend are a little slim withÂ four movies set to hit the screens:

Let’s tackle Final Destination 3 first.Â  OK, if the first two were terrible, I’m sorry to say there is no hope in the 3rd.Â  This go-round, high schoolers who survive a roller coaster accident deal with the repercussions of escaping their fate.Â  Starring, Ryan Merriman & Mary Elizabeth Winstead.Â  Which left me with one word, “Who?”.

The Warner Brothers are bringing us Firewall with Harrison Ford & Virginia Madsen.Â  Harrison plays bank security expert Jack Stanfield (can you see the plot line develop already?) who is forced to steal $100 million green ones from his own system to save his kidnapped family from a ruthless criminal mastermind.Â  A better pick than F D 3, I’ll give you that.

Curious George, you know him, you love him and the man with the yellow hat.Â  They will be animated on the screen this weekend with voices of Ferrell (Man with the Yellow Hat), Barrymore, Cross, Van Dyke, & Eugene Levy.Â  This Ron Howard produced movie is expected to bring smiles and laughs to all ages.

Hmmm, the Pink Panther with Steve Martin, eh?Â  I have to say I’m a bit of a purist and no one can be a better Inspector Clouseau than the original, Peter Sellers.Â  But it looks like I’ve got a run for my money with all the good reviews popping up.Â You be the judge and drop me a line.

Whatever flick you take your popcorn to this weekend, Enjoy!Â