.
You are here: Home / News / Virginia Tech Gunman was Infatuated with First Victim 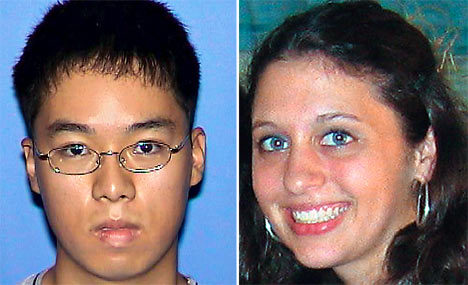 I haveÂ to tell you, it’s a bit hard to write about gossip today whenÂ news is being revealed about the VirginiaÂ Tech mass murder.Â  So IÂ thought we could turn our thoughts to this tragedy this morning.

Here’s what been developing:

“Dressed more like a â€˜boy scoutâ€™ than a mass murderer, he arrived at her dormitory room early on Monday morning.

It is unclear whether the first-year had responded to her killerâ€™s approaches. But Cho, jealous of Emilyâ€™s boyfriend, gunned her down.

Another student, Ryan Clark, rushed to help after hearing his neighbor arguing with Cho. But the 22-year-old died alongside her.

Before killing 30 more, and then turning the gun on himself, Cho left a note which gave some clues to his twisted mind. He wrote: â€˜You caused me to do thisâ€™.

He died with the words â€˜Ismail Axâ€™ written in red ink on the inside of one of his arms, leading to speculation that he may have been a Muslim. In Islamic lore, Ismail is a reference to the â€™son of sacrificeâ€™.”

Our thoughts & are hearts are with the families & friends of these unnecessary victims.