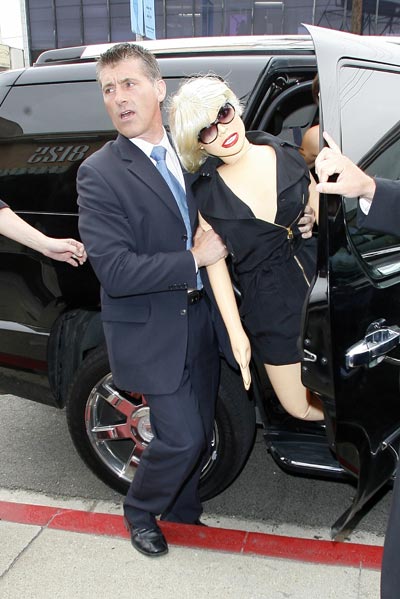 In a move that can only beÂ called hilarious, Victoria Beckham’s security team punked the paparazziÂ pretty hard.

The paps were readyÂ with cameras aimed when her SUV pulled up to a jewelry store only to find a blow up doll, completeÂ withÂ wig exiting the vehicle.Â

The pap prank was actually being setup for Victoria’s new reality tv series that will air later this year.