.
You are here: Home / Celebrities / Two Stars Who Live a Lot Like We Do

These days we expect all celebrity homes to look like estates set in a national park, but not every star lives in regal splendor.

The “Good Wife” lives like the rest of us 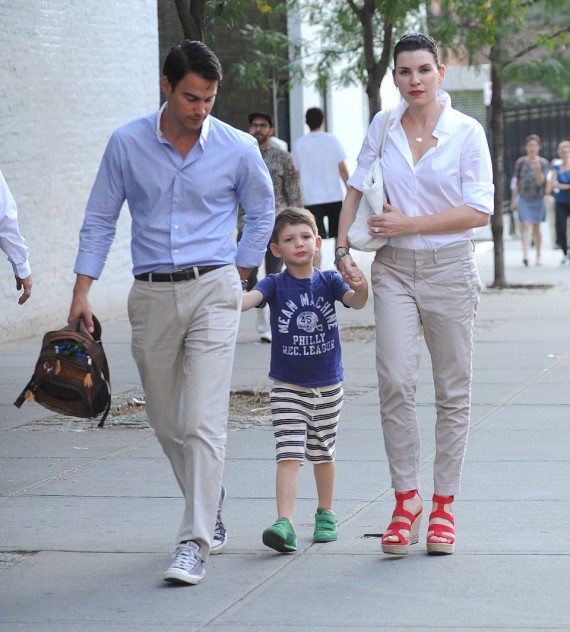 Julianna Margulies, the star of the hit TV show, The Good Wife, loves to take an active role in her interior design. As a single woman a decade ago, Julianna combined two units, a studio apartment and a two-bedroom, in a newly renovated building in the SoHo district of New York City. As shown in ADDesignFile, that apartment is only 2,200 square feet.

Since buying the home, Margulies has landed her starring role, gotten married, and became a mother. With so many significant changes in such a short time, most people would probably look for larger, more luxurious digs.

Margulies and her family certainly thought they should do that, but a two-year search turned up nothing they liked better than their current home. The family turned to making their current space work better for their new lives.

Now lacking time for the project, Margulies hired her favorite interior designer, Vincente Wolf. She had followed Wolf for years and decided she liked his work best.

Adam Levine, front man for Maroon Five and coach on NBC’s The Voice, is a Los Angeles native. He’s extraordinarily fastidious about his home, a 1940s ranch house in the Hollywood Hills shown online by ADDesignFile.

Levine lives a serene bachelor existence here with his beloved roommate, Frankie, a Golden Retriever. Although the home is modest in dimension, it is a heaven for art lovers, featuring design works by 20th-century icons Jean Prouvé, Ludwig Mies van der Rohe, and Arne Jacobsen.

The home’s design is overseen by Levine’s friend, designer Mark Haddawy. It’s a lot like the singer, who’s a devoted practitioner of yoga: warm, calm, serene, and tasteful. Levine is discriminating about which objects enter his house.

Each is examined for its potential contribution to the balance of the whole and only those that fit seamlessly are allowed in.

Even though most of us lack these celebrities’ resources, we can still use the same design rules of the stars.

Design your home a little at a time with your best taste and achieve the best reflection of the real you! Look through the website at Haiku Designs for lovely furnishings that will help you achieve design success with a personal stamp, like the homes of Margulies and Levine.