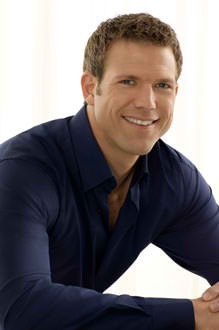 What’s become of former Bachelor Travis Stork and his love life? Post finale of the show’s 8th episode, The Bachelor: Paris — where the hunky and chiselled emergency physician from Nashville, Tennessee proposed to school teacher Sarah Stone who incidentally lived a few blocks away from his own home. However, the 6’5” mild mannered doctor ended up back on the drawing board of bachelorhood soon after the show’s season ender was aired.

From the first air date of The Bachelor episode 8, women from the all corners of the world have had a keen eagle eye on the progress of the show, coupled with wishful thinking and envy. Although Travis Stork and Sarah Stone’s relationship didn’t work …not much hoopla was made from their break up, which is what practically helped Stork maintain a good reputation with his followers.  Out of  all the featured bachelors who had their own great thing going about and the lives they live, Dr. Travis Stork stands out to this very day untainted from the drama, and the catty musings of the women he had to bask in for an entire season.  He has managed to keep a low profile and still sizzle with his hotness on screen with a career boost, as the leading talk show host for “The Doctors”.

Apart from his successful show, he has also written a few time and money worthy books such as  “The Lean Belly Prescription “, “The Doctor is In “ and “Don’t be That Girl “ .  In the latter book, Stork shares his expertise and experience on the physiological and psychological factors that affect a person’s emotional well being, particularly, some self-defeating behaviours and date patterns of women.

The man has certainly had his share of women in his life to recognize these behaviours he has written about.  And although he may not necessarily be the end-all expert, this particular book  cuts through the heart of any woman stuck in that rut in a rather insightful and candid humorous way.

So who hold’s half the heart of the real life Dr. Mc Steamy of Vanderbuilt  University Medical Center?  Will he ever marry?  The  last known woman he has been seen dating in public was American Idol Carrie Underwood. And no one really knows how that panned out.  Some followers say the good doctor has been quietly dating his former girlfriend of 5 years and rekindling their relationship.

Travis Stork M.D enjoys his humble,  low key and mysterious reputation with the media and that, in itself, is rather a true trait of a  seriously sexy man.