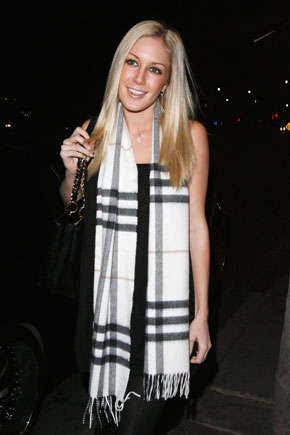 Heidi Montag’s step brother, Eric O’Hara, died from a freak accident — slipping off the roof while trying to clear it from snow. He was just 25 years old.

Ironically, Eric had survived several combat missions in Iraq and Afghanistan. Heidi is devasted. “Losing my brother, at an early age, is such a tragedy. I just loved him more than anything.” Her co-stars said she talked about him frequently.

She had been very worried for him when he went on military duty. “He was just so patriotic. He really wanted to go to Iraq and help and do all that he could for his country.” According to his grandmother, he was very affected by the 9/11 tragedy because of the time he spent in that office when he younger. “His father was a stockbroker and had offices there. Their destruction just gnawed at him. He decided, ‘I need to go to defend my country.’ ”

The family had a difficult time when he was in Iraq and Afghanistan, and losing him this way is even tougher.