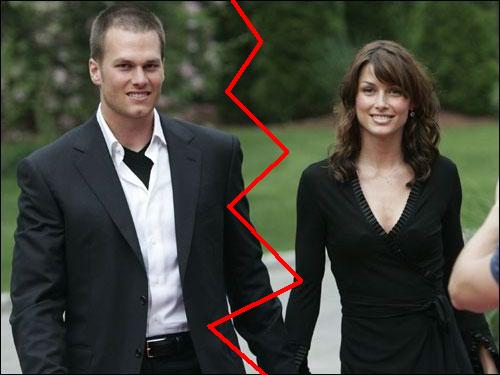 Patriots quarterback starÂ Tom Brady & actress Bridget Moynahan have split.Â  The two ended their three-year relationship amicably, but that’s what they all say, isn’t it?

Moynahan rep released a statement, saying, â€œBridget Moynahan and Tom Brady amicably ended their three year relationship several weeks ago. We ask for your respect and consideration of their privacy. No further comments will be made.â€

So, why the break-up?Â  From the looks of it both Brady & Moynahan were pretty focused on their careers.Â  While Brady was throwing balls & coming up with New England’s plays, actress Bridget was hard at work with her film Six Degrees.

According to one source, “They were both very focused on their careers.”

â€œShe was putting a lot into Six Degrees, he into the Patriots. It was just really hard to make it work.”

Now, who’s going to be next to put a lot into Tom Brady or Bridget Moynahan?Â