.
You are here: Home / Celebrities / Tiger Woods Tries For Normalcy, Tweets About His Holiday 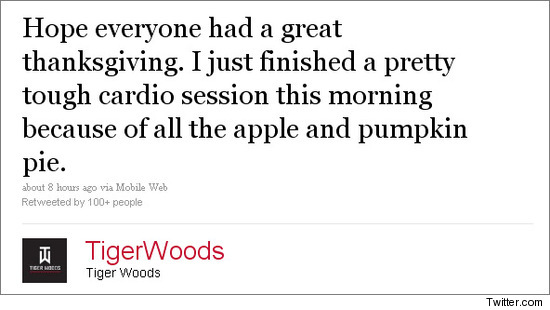 I guess it’s baby steps for Woods as he enters the Twittersphere, but heck it’s a whole lot better than what he would have been Tweeting last year if he had already been on the Twitter bandwagon by that time.